The Cafe Misto is a delightful, milky coffee drink that is similar in taste and feels to other popular beverages such as lattes and cappuccinos.

But what sets this drink apart? Before ordering one for yourself, read this guide to find out what Cafe Misto is and how it is unique in the coffee world.

What is a Cafe Misto?

Cafe Misto is equal parts drip coffee and steamed milk. The coffee is usually brewed strong with a dark roast to compensate for so much milk. Its coffee flavor is generally robust, although many choose to add syrups or sugar to create a sweet beverage.

Most people in the United States are more familiar with lattes, cappuccinos, and macchiatos when it comes to milky coffee. However, this beverage is a French favorite and has become more popular over the years as people seek alternatives to their standard order.

Because we make this drink with just drip coffee and milk, it is easier to make and slightly cheaper than other drinks. Many people also appreciate its non-fussy flavor profile and familiarity. It’s smooth in texture with a bitter taste. The milk might be slightly creamy or frothy, depending on whether or not you use a steam wand.

The Cafe Misto finds its roots in French coffee in the early 1600s. It is the American version of the Cafe au Lait, which translates to “coffee with milk.” This explains its widespread popularity. Who among us did not start drinking coffee with a simple splash of milk?

Nailing down this drink’s exact date and origin is challenging because it has been around for centuries. Not to mention, most cultures have their own versions that are sometimes indistinguishable from this beverage. It was the Turkish Ambassador that first introduced France to coffee.

It’s a drink that is one of the top contenders for coffee drinks worldwide. It’s simple to make and afford, so when economies get lean, this is an easy way to extend precious resources.

How Are Cafe Mistos Made?

Most coffee shops make their Cafe Misto the same way no matter where you go. Its ratio must be one part drip-brew or French pressed coffee to one part steamed milk to qualify as a Cafe Misto.

In order to make this drink easy for croissant dipping, it is served in a wide-mouth cup or bowl traditionally. Over the years, this has fallen out of fashion as we prefer to take our coffee on the go.

Most baristas will steam the milk with a wand to warm it, though this isn’t necessary. In fact, a traditional Cafe Misto should not have any foam on top, though some coffee houses will serve it upon request.

As far as flavorings go, it is unnecessary to include syrup or sugar to complete a Cafe Misto. It is always up to the drinker’s preference, however.

The latte is very similar in appearance and texture to Cafe Misto, but there are a few key differences. The most important of these to highlight is the brewing method. A Cafe Misto is made with drip-brewed or pressed coffee, whereas a latte includes espresso.

The ratios are also very different. A latte is two parts steamed milk to one part espresso. This means that not only does a Cafe Misto have a stronger coffee flavor than lattes, but it also has more caffeine.

A latte includes a thin layer of foam often decorated with an image by a skilled barista. This is the drink that you will typically see in coffeehouse advertisements.

Some would argue that there is no difference between Cafe Misto and Cafe au Lait; they contain the same components. To differentiate between the two, it’s best to view Cafe au Lait as the predecessor to Cafe Misto.

One could argue that a Cafe Misto is made with either steamed or frothed milk, and a Cafe au Lait contains just warmed milk. It’s difficult to argue this point since neither includes a foam layer created by frothing milk.

A flat white is another beverage that resembles the Cafe Misto but presents a few distinctions. The ratios do not quite match, and the coffee is brewed differently as well.

Rather than one-to-one, a flat white is one part espresso and two parts steamed milk. It contains no drip-brewed or pressed coffee. However, it does not come with a layer of foam.

It’s richer than the Cafe Misto, thanks to the extra milk, but both have a strong, dominating coffee flavor.

How to Make a Cafe Misto at Home

This is one of the easiest coffee drinks to make in your kitchen. You do not need an espresso machine or milk steamer to enjoy this beverage at home. Here are the steps to creating this coffee: 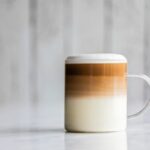 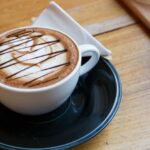 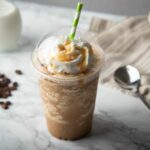 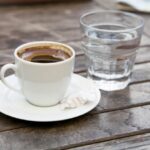 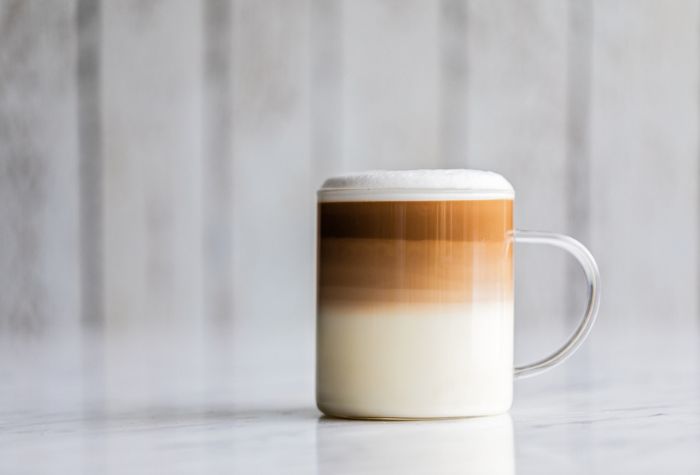 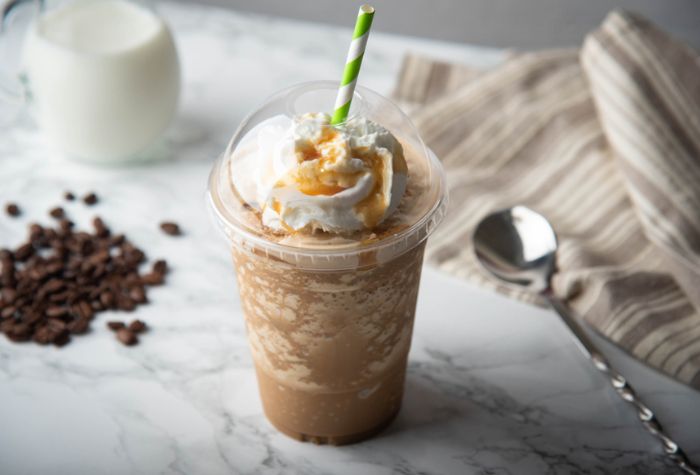